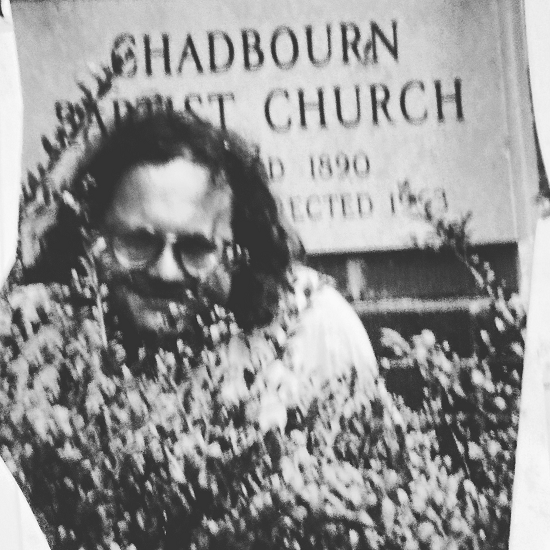 Eugene ‘Doc’ Chadbourne’s career has been absurdly prolific. According to Discogs he has played on at least 358 albums. From John Zorn and Jello Biafra to the Violent Femmes and Camper Van Beethoven, Toshinori Kondo, Carla Bley, Han Bennink, Susan Alcorn, Corrosion Of Conformity, Henry Kaiser, Wadada Leo Smith, They Might Be Giants, Half Japanese, Derek Bailey, Polly Bradfield and Anthony Braxton, to name but a few, he has worked with hundreds who are pioneers in their own right. He has been friends with hundreds more. He has played live constantly for decades, both on his own and in groups, performing everywhere from his local record store to the Soviet Bloc.

He is a cult figure, yet sometimes it feels strange that he is not more widely revered. To some extent he’s a victim of his own inventiveness, too mercurial to be summed up in an easily digested narrative. His distinctive high-pitched vocals and the surreal, comedic nature of a lot of his work – in 1991 he released an album of classical piano and ‘electric rake’ duets – has sometimes put him at odds with the more po-faced alternative rock canon. His embrace of whatever he finds interesting, whether traditional country and western or radical jazz, and his trenchant left-wing politics, make for an uncompromising, for some uncomfortable, mix. When writing a feature on him, it is hard to know where to begin.

Perhaps it’s best to start in the present. At the beginning of this month, Chadbourne and Jim McHugh, of the psychedelic prog-jazz outfit Sunwatchers, released a collaborative album called Bad Scene. McHugh, when writing press material for the record, found it similarly difficult to sum Chadbourne up. “I was overwhelmed by the idea of trying to get it all in, all his history,” he tells tQ on a video call. “Once I was tending a bar, and I was listening to Prince Far I’s Dub Encounters 3. I heard this fucked up guitar at the end. I was like, ‘I know that sound! Could it be? Eugene?’ I called him. ‘Eugene, did you ever play on a Prince Far I session?’ He’s like, ‘I don’t remember. Maybe!’ That’s the magic of him. It’s always possible!”

McHugh grew up near Greensboro, North Carolina, where Chadbourne had been based since the early 1980s. As a teenager, McHugh often saw Chadbourne playing in the local record store. “Before the internet was super ubiquitous, whatever washed up on your redneck desert island, whatever seemed different from the music playing in cars passing by to throw bottles at you for skateboarding, was the answer,” McHugh says. “Then you’d see Eugene playing a Merle Haggard song, going into a cover of Dead Kennedys or something even weirder, then into some free jazz piece. He implicitly and explicitly linked music that I knew, music that I didn’t know and wanted to know about, and music that I still don’t know about to this day.”

Chadbourne, who speaks to tQ in a series of emails, had moved to Greensboro in the 1980s. He was born in Mount Vernon, New York, and grew up in Boulder, Colorado. “My mother and father and my brothers, we all liked different kinds of music and like many kids we made up our own songs,” he says. “Both of my parents encouraged creativity in different ways, my mother was a great combination of influences, the German work ethic, she absolutely loathed rock and roll and wanted the Nazis back to deal with the hippies – this from a [German Jewish] World War Two refugee! – but she conspired for me to buy electric guitars and amplifiers as long as I would earn money to pay for the stuff myself.”

At twelve years old, Chadbourne got his first transistor radio, beginning “a period of freedom associated with personal listening tastes. “It was especially memorable listening to it when on duty as safety patrol at Whittier Elementary. The Rolling Stones, Dave Clark Five, The Beatles, plus all the horrible stuff you had to endure until it fell off the charts, [such as] Barry Sadler’s ‘Ballad Of The Green Berets’…” He and his older brothers listened to Denver, Colorado’s KIMN (100.3 FM), eager for their personal favourites to do well in the charts. When the family was briefly broken into two units while his father taught in Los Angeles, his brothers mailed him the weekly KIMN Top 50 sheet distributed to Colorado record stores.

It was here, with Johnny Cash, Roger Miller, Tammy Wynette and Loretta Lynn on regular rotation, that country music first became a key ingredient in Chadbourne’s mix of influences. Look hard and you can also spot, in an embryonic state, the kind of politics still shot through his core. “’Skip A Rope’, an independent single with intensely political lyrics, was a top 10 hit, and while my hit parade listening dwindled to almost nothing in my later years as a professional musician, hearing Johnny Paycheck’s ‘Take This Job And Shove It’ played almost hourly inspired me to do a cover as well as launch a study of his music.” 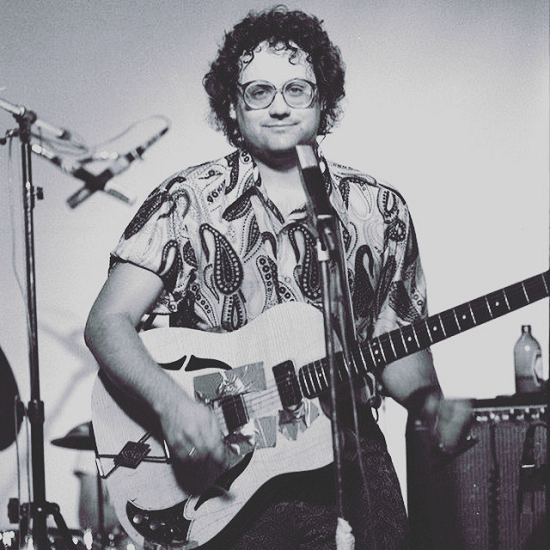 All the while, popular music was enjoying a period of infatuation with the avant-garde. “At teenage parties kids listened to a piece of musique concrete over and over, it was the Beatles’ ‘Revolution #9’” When other artists like King Crimson, Tim Buckley, Alvin Lee’s Ten Years After and Savoy Brown began incorporating jazz, his interest was piqued. “But once you start enjoying the jazz feeling in music and that kind of improvisation, listening to rock records with jazz influences is just not as exciting as Eric Dolphy, John Coltrane, Charles Mingus, Rahsaan Roland Kirk, Duke Ellington, Charlie Parker, Anthony Braxton…” Years later, it would be Braxton who would help persuade Chadbourne to embark on a career of his own, and who would for decades be one of his most fruitful collaborators.

Chadbourne’s politics intensified as the 1960s wore on. “My oldest brother Larry convinced me the war in Vietnam was no good. He claims I wanted to be a marine prior to that.” The Black Panthers “made a big impression on me speaking at the Boulder courthouse” when they were travelling the USA starting chapters. “Around that time radical political organizations routinely spoke in public in Boulder, I am sure the Black Panthers had plenty of other events on campus, my oldest brother was in SDS [Students For A Democratic Society], the [militant SDS faction] Weathermen tried to speak at Boulder High but were barred, they had to speak on the lawn.” In 1968, when Chadbourne was 14, “the murder of Martin Luther King Jr hit us really hard. My little group of friends and I burst into tears at a donut shop in the North Boulder shopping centre. The owner came over and asked if our girlfriends had dumped us.”

Then, at the turn of the decade, Chadbourne fled America to Calgary, Canada, to avoid being drafted to fight in the Vietnam War. He found work on the Calgary Herald as a copyboy, with no idea what the job entailed, having lied in his application that he had been a proof-reader at the Denver Post. “The explanation that this individual does ‘everything’ as part of their job was no help,” he says. It was a particularly strange time at the paper, staffed by another, weed-dealing copyboy, a permanently drunk photo editor, “even a fellow free jazz nut who practically gave the publisher a heart attack one weekend by replacing the plot synopsis of a popular series with a passage from Finnegan’s Wake.”

As the youngest in the newsroom, Chadbourne was assigned rock and roll reviews. “I came right out swinging when I nabbed the Dr. John assignment,” he recalls. “I commented that I could not figure out why the opening act, The Meters, would bother doing a cover version of ‘Hotel California’. This started a backlash against my reviews that picked up steam when I panned Uriah Heep, then…