What Is French Terry Fabric & Why Is It so Popular?

by admin
in DIY News

French terry is a knit fabric, meaning that the material will have spiraling coils of yarn on one side, with the other having soft and cozy piles of thread on it. Generally, french terry fabric is composed of either entirely cotton fibers or primarily cotton fibers that they mix as a blend with other material types, such as a minor amount of spandex, rayon, lycra, or polyester, along with organic soy or cotton fibers.

Although this choice in material is usually on the slightly more pricey side than others, it also means it is of much higher quality when compared to other kinds of clothing material options. The cotton material of french terry cloth makes the clothing extremely comfortable, breathable, and soft.

What Is French Terry Fabric?

The knit cloth fabric material has a soft, cozy, comfortable feel and finishes to it that you often also can find in the majority of your most comfortable, warm clothing. Specifically, this includes numerous casual and athleisure clothing items, like sweatshirts, sweatpants, loungewear, and joggers, as well as various other kinds of clothing. French terry fabric is a versatile knit cloth material with soft spiraling and a polished, smooth exterior surface.

What Is French Terry Fabric Used for in Clothing Production?

The french terry fabric is often used in the production of sweatshirts and sweatpants, wherein the soft and comfy bundles of yarn will be on the inside of the fabric, as this is where the material makes contact with your body. So, the fabric’s smoother and more polished side will be on the outside of the garment. The french terry forms a plush, comfortable, delicate texture that pairs excellently with loungewear essentials, such as comfy sweatshirts and cozy sweatpants. 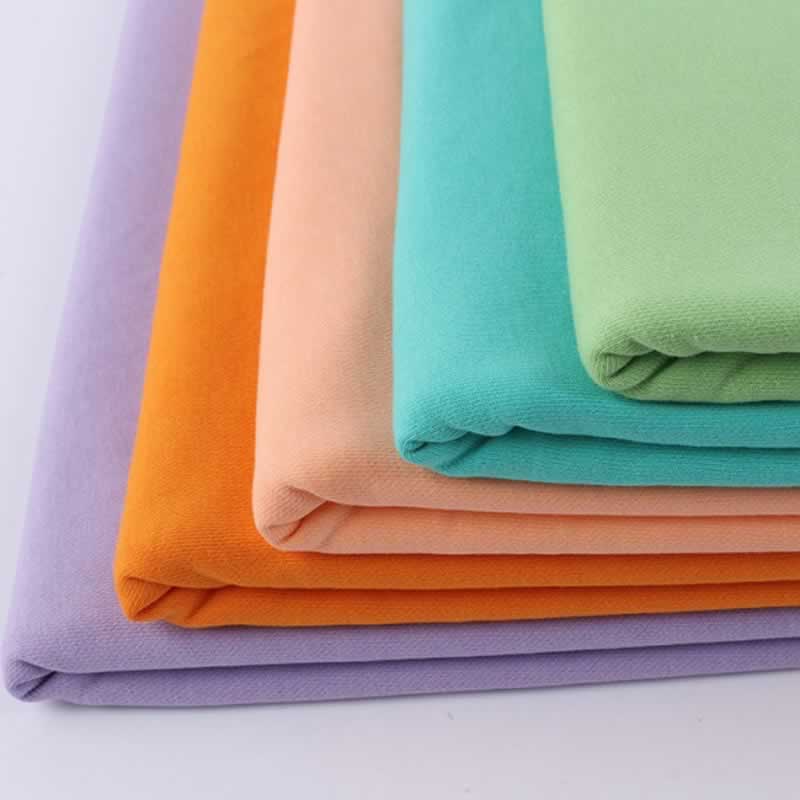 What Is the History of French Terry Fabric?

Why Is French Terry Fabric Beneficial?

No matter the climate, wearing french terry fabric is always an excellent option for you to consider. French terry is highly comfortable and soft. It is a versatile and adaptable fabric that is great at moisture wicking, meaning that the material can absorb your sweat when you wear it. French terry fabric is a highly breathable material. It works excellently as a midweight fabric since you can wear the material no matter the weather outside. It will keep you cool in higher temperatures or warm in colder temperatures. You likely already own clothing items with french terry as the fabric material and will definitely begin to notice it more around you in general now that you know what it is.

How to Get Paint Off Hardwood Floors (Latex, Water & Oil-Based)

How to Get Paint Off Hardwood Floors (Latex, Water & Oil-Based)

Before & After: One Couple’s Beautiful Backyard Overhaul

Concrete Garden Spheres: Add Some Whimsy to Your Garden

14 Ways to Open a Stuck Jar – A Helpful Guide

The Importance of Regular Maintenance in Laundry Services

No Result
View All Result